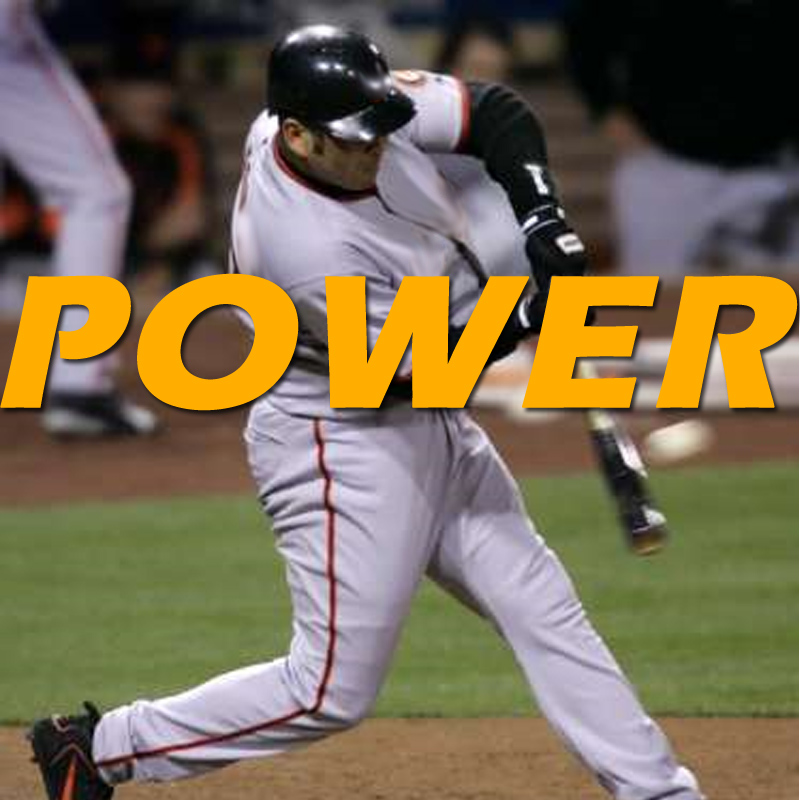 When we begin to develop core strength in our athletes, most trainers try to develop strength in movement patterns of the torso, i.e. lateral flexion, rotation, hip extension and hip flexion.  When you start considering where the weight (load / tension) is placed on the athlete (torso, feet, anterior, posterior, unilateral, contralateral, etc.) the options become quite extensive.

But another HUGE component of training the torso for impact and power is developing the athlete’s ability to resist movement.  This is typically called anti-movement.

The ability to resist movement means the athlete has developed proficiency is creating a balance in the primary and antagonistic musculature (co-contraction) of the torso when acted upon by outside forces.  These forces could be from an external load (compressive, shear), generated from ground contact (sport-specific or real world movements) or non-linear, unexpected events (chaos).  If the athlete has the ability to create appropriate torso rigidity they’ll be able to transfer power, prevent injuries and absorb impact forces.

The combination of developing strength training movement patterns and anti-movements is the basis of a complete core training strategy.

Progression from the conventional anti-rotational means, anti-rotation sled dragging allows the athlete to create stability and engage lower body movement across a distance.  In my Chaos Manual, I deemed this category as “movement under tension”.  The vector arm of the system is not acting perpendicular to the axis of rotation (spine), but rather diagonally.  This exactly mimics how we move.  Movement is coordinated diagonally across lats to the opposite glute complex (2, 3) (i.e. serape effect) or from shoulder to opposite hip.  The thoracolumbar fascia (TLF) coordinates this transverse co-contraction to engage movement, provide stability and prevent rotation.  (1)

The movement, at first, might seem trivial.  But as you start to perform the sled dragging variation, you’ll immediately notice the torque and subsequent requirement to fight rotation.  The athlete should remain neutral and fixed with their torso and drive forward forcefully. 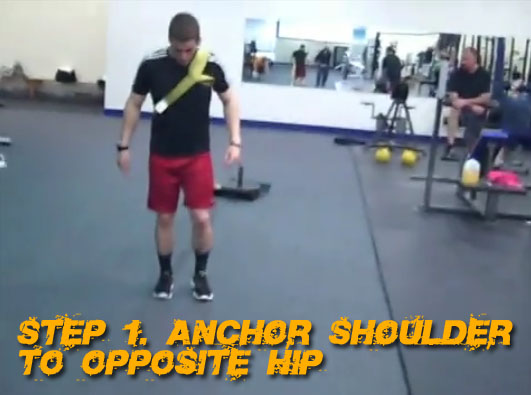 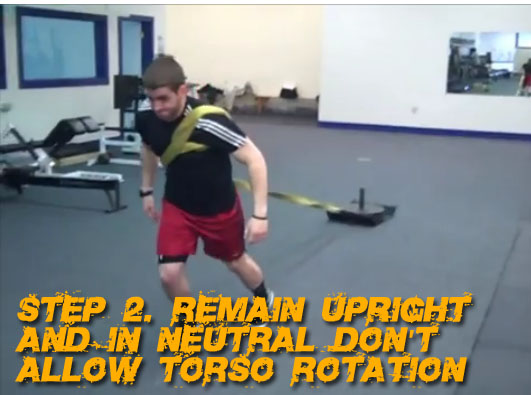 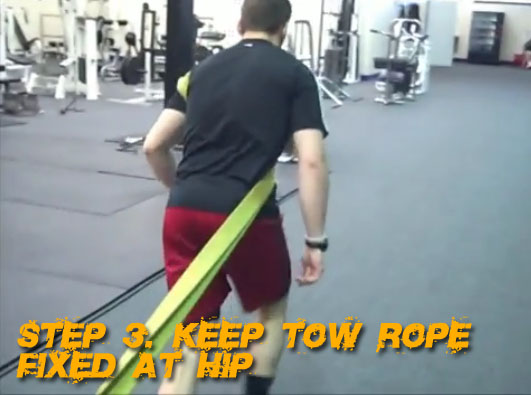 Yahoo Sports Blog – Warm Up With Cardio, Then Go To Weights. Right? Wrong.