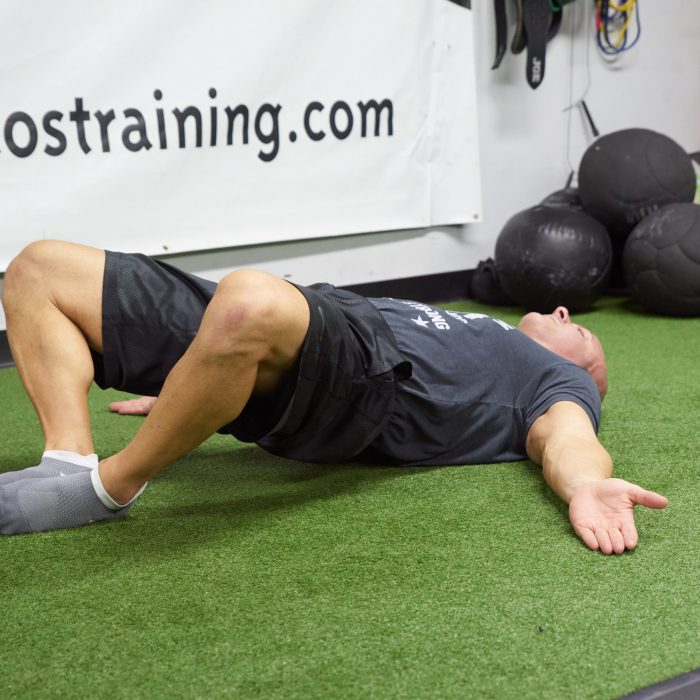 Get Stronger and Fix Your Posture

In today’s article we are going to discuss a unique glute bridge and hip thrust variation.

I’ve been reading a ton of information from Bret Contreras about his research involving hip extension and glute activation.  Especially his EMG work for exercises activating the glutes including; glute bridges, band hip abductions, lunges, foot position on seated hip abductions and hip thrusts.   I would even credit Bret with re-popularizing the hip thrust within the last couple of years.  Bret is on a mission to dispell the myth that lunges are one of the best glute activation exercises out there.

As always, I tried to blend the science with practical innovation and have come up with something pretty cool.  But first, let’s look at what Bret says about gluteal function. 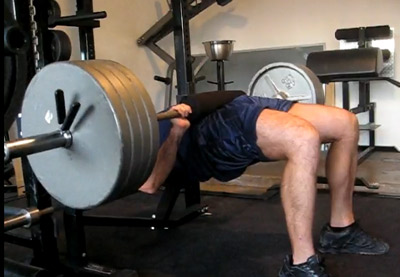 What do you notice about Bret’s hips (and legs in general) with this hip thrust pic? I’m not talking about them being athletic like a cheetah. I’m talking about their spacing. Exactly like the typical positioning for glute bridges; they are equi-distant apart or a bilateral stance. This neutral position is only one plane of motion that they glutes have the ability to a cause movement. If we strengthen hip extension in a different plane of motion, we’ll be able to better strengthen the glutes.

But remember what his EMG research stated about the muscle action of the glutes. They are responsible for not only hip extension and hip hyperextension, but also external rotation and hip abduction. 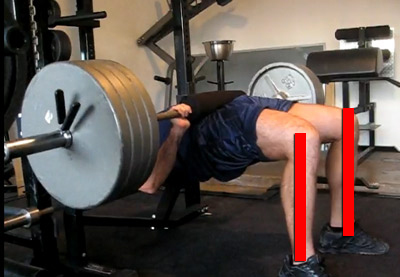 So what happens when we externally rotate and abduct the hip?  We get a kick ass variation to both the glute bridge and the hip thrust that provides us with a comprehensive strength profile for the glutes.

Over the last 3 weeks we have been incorporating this variation and you will immediately feel a very different contraction during hip extension.

So far we have overloaded this movement with; chains, sandbags, plates and an axle.

During the last several workouts we’ve been experimenting with an elastic band double looped across the lower quads (right above the knee) in addition to an external load (Olympic plate or sandbag).  This variation is very advanced and very difficult, especially as your try to maintain the distance between the knees in hip abduction.

Taking your feet off the floor and placing them on the side of a hex head dumbbell or dual angled plate (or simply just placing the bottoms of your feet together), you will be able to perform this variation and maintain the position.  Most lifters | athletes won’t have a special angled plate, so the hex dumbbell is a perfect alternative and puts us in this new position.

Coaches and trainers are always looking for new alternatives to keep training fun.  Here are two new exercise variations that will give you some new tools to develop the posterior chain and strengthen the glutes.