What I’ve Learned from Arnold

What I’ve Learned from Arnold 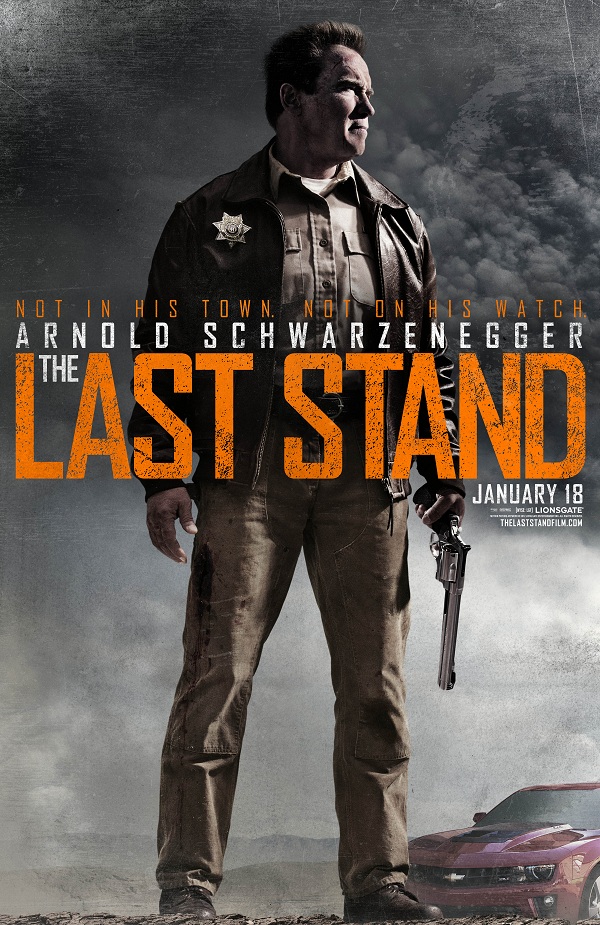 The trailer for Arnold Schwarzenegger’s (Schwarzenegger.com) latest movie, The Last Stand, was just released and it looks awesome.  Arnold plays an ass kicking sheriff who has to stop a drug kingpin from making it to Mexico.  To promote the upcoming film, Arnold put up the poster for the movie on his site.

After seeing Arnold hit another milestone with the release of his new movie, I did some reflecting on why he has been successful in his life.

It goes without saying that Arnold is an icon and a pioneer, not only in the fitness industry, but in the movie industry as well.  But have you ever wondered how he has been able to accomplish so many personal goals he set for himself?  Have you ever wondered why good things just seem to happen for him?

Some might say fate.  While others, who are jealous of what he has accomplished and angry that they haven’t been able to make strides in their life, would just chalk it up to  plain luck.

The problem is, those who only see Arnold’s great moments – never see what it took to get there.  They think that the road has always been easy for him and opportunities just fell into his lap.  Those are the same people who think that they have no control in their lives and that stuff happens to them.  Instead of them actually taking control and making things happen.

Arnold has known all along that there is no luck.  If you want something, you have to make it happen.  You have to work hard and find opportunities.  And when you find them, you devote your entire being to following through and making each one successful.

Earl Nightingale stated that “What We Believe, We Become.”  That was his strangest secret.  The secret that many men will never learn in their lives.  But it can be the greatest catalyst to change.  If you believe that you are unlucky and you can never get ahead, then you won’t.  If you believe that you are a positive person, you have many gifts to give to others, and you will be a champion, then you will.  Nothing will stand in your way and your relentlessness will only be over shadowed by the belief you have in yourself.

Everyone Has 24 Hours Each Day

Recently, an opportunity came along for me to contribute to fitness section of www.schwarzenegger.com.  To say that I was blown away and beyond humbled would be the understatement of the decade.

Can you imagine getting that email?

One of the other really amazing things was that some of my closest friends in the fitness industry would be contributing as well.  It was very special to be included in this small group with guys that I really respect.

Now I wasn’t asked to contribute because of one thing I did recently, but because of my reputation and respect in the community that I have built for over a decade.  It wasn’t luck.  It was hard work day in and day out.  In fact, I have been grinding for many years when others have been sleeping away in their beds.

Because when you want to be successful, you work hard and make the most of the 24 hours everyone has in their day.  Eric Thomas says that “it doesn’t matter if you’re rich or you’re poor, everyone has 24 hours in the day.  What you do in that 24 hours will determine if you will be successful.”

If you want to make the most out of your 24 hours, then look no further than Arnold’s 6 Secrets to Success.  These 6 secrets will change how you live your life and give you direction.  If you choose to believe that they are too hard, or that they’ll never work, then they won’t.  Forget Nightingale’s strangest secret, there is NO secret.  If you’re not willing to work hard, then you don’t deserve to be successful.  Stop looking for a hand out and start looking for the work that defines your life and your passion.

Secret 1.  Trust Yourself – no matter what anyone else thinks.  Believe in yourself and never hesitate or second guess your gut instinct.

Secret 2.  Break the Rules – be an original, think ‘outside of the box’.  Don’t copy what others are doing, be yourself.  Be YOU!

Secret 3.  Don’t be Afraid to Fail – always be willing to fail, but keep pushing because you believe in your vision.  Champions fail, but they try again.  They fall, but they get back up.  They lose, and then they work harder.  Be a champion.

Secret 4.  Don’t Listen to the Naysayers – the people who say it can’t be done.  These are the haters, the people who are jealous, the ones who DON’T believe in themselves.

Secret 5. Work Hard – leave no stone unturned, “only start counting when you start to feel pain, because that is when it really counts.” – Ali

Secret 6.  Giving Back – giving to others, find time to give something back to others.  I don’t like the saying “Pay it Forward.”  I like my version better.  Pay it 360.  Pay it backwards to people who helped you get to where you are today.  Pay it sideways to friends and family who are there with you every step of the way.  Pay it forward to strangers who you’ve never met, to encourage them to continue on giving to others.

If you’re willing to work hard, then the opportunities that others have and you used to think were ‘luck’, will start happening for you.  And if you align your hard work with what you’re passionate about, opportunities will come much faster.  Believe in yourself the way Arnold believed he would become a champion in bodybuilding, in the movies, and in life – and you will live the life you’ve always dreamed about – but never thought you would have.

You’ll get a ton of bonuses and the inspiration each week to reach your goals in and out of the gym. But only sign-up if you’re ready to take action. People who sign up to be a part of Team Diesel need to be motivated, driven and passionate about living their life to the fullest.

An Open Letter to My Daughters