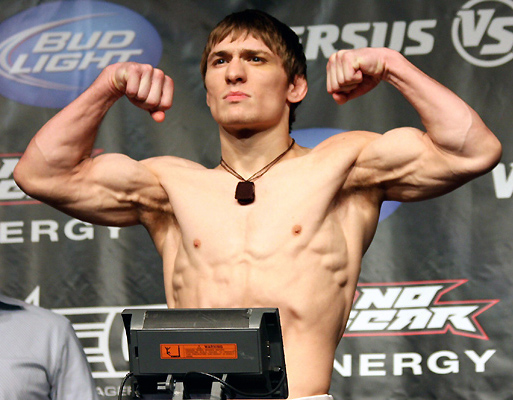 It is true that there are certain basic bodyweight movements that should form the foundation of your strength training programs, such as push-ups, pull-ups, lunges, jumps, tumbling, calisthenics, handstands, squats and sprinting – just to name a few.  Unfortunately, it is these exact same primal patterns that we lose the ability to perform or they get restricted, as we get older.  As a child, your mobility and overall movement was much better than it probably is today.  Back then, you weren’t hanging out in an office or driving a long commute and you didn’t have years of strength training under your belt – which has left you even more restricted.

As your training age matures, the structure of your programming becomes much more complicated.  It must be individualized for your specific needs and goals.  No other place is this truer than when you are training athletes – especially combat athletes.

The exercises that are typically programmed into a workout, like bench presses, deadlifts and squats, must be critically analyzed on a risk / benefit assessment.  The fixed aspect of a barbell, is not always advantageous for athletes who are constantly in a state of recovery and whose joints are always sore and aching.

There are certain “bang for your buck” exercises that are not only safe bets but also very effective for building insane levels of functional strength.  This multi-part article is focused on combat athletes, but in reality, these exercises can be used for most athletes in any sport. 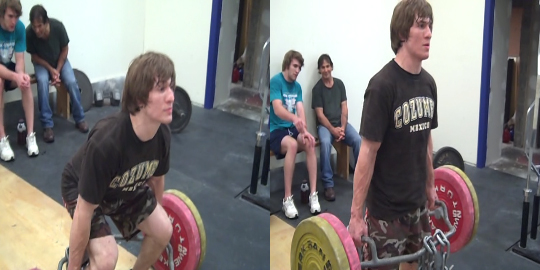 I really like trap bar deadlifts because of the alignment of the bar.   The center of mass of the bar is in line with the center of mass of the athlete, which means that athlete has a great advantage at the start of the movement. They can setup with optimal positioning and bracing.  As a side note, trap bar deadlifts are more quad dominant, and since combat athletes spend most of their time performing quad dominant movements, you must include exercises that are more hip dominant, such as Romanian deadlifts, glute ham raises (GHR), leg curls on a TRX or slideboard, band-resisted leg curls and wide-stance sled dragging, to balance out their training. 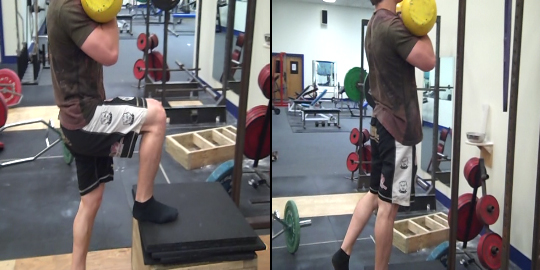 All athletes and fitness enthusiasts can benefit from more unilateral training – not only for the lower body but for the upper body as well.  Unilateral training provides great joint stability and core strength.  Listen to the coaching points in the video below and you’ll hear that even the most basic step-ups has many intricacies.  For example, you can focus the tension and leg drive on the front foot just by pulling the toe up on the trail foot.  Also, you’ll want to be very controlled with the deceleration and loading when returning back to the ground. 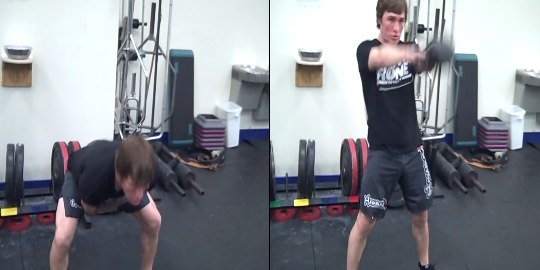 What could be better than an exercise that develops the grip, promotes explosive hip extension, teaches regulation of breathing, activates the glutes and builds power endurance?  Kettlebell swings are a great addition to any program, and can be added in when the athlete is ready – but they MUST first have the appropriate core stability, hip mobility and precise technique. 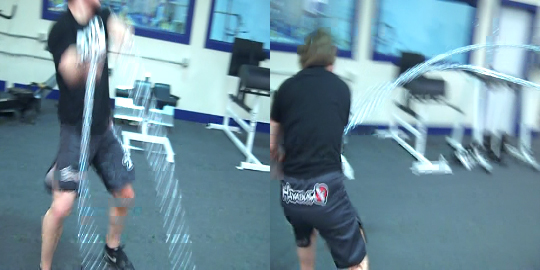 I absolutely love this exercise for two major reasons, the first being the athlete is developing power while they are on their feet and the second, that they are not in a fixed position or restricted by a rigid implement.  They are moving and flowing which is more of a natural exercise.  They can develop power in non-advantageous positions.  In the cage, on the field and during game time, athletes don’t have time to fix their feet parallel to each other.  They don’t have time to optimally brace or even to pre-tension the movement. They just have to react.  This type of random patterning in the gym is so important that I wrote an entire book about it in 2005, called Chaos Training. 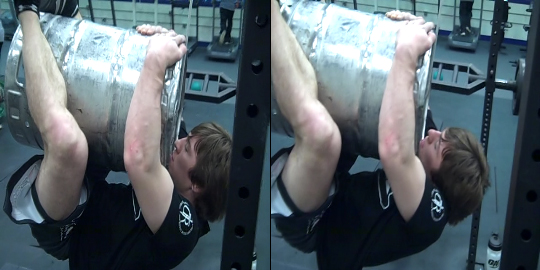 This movement is about getting real with your training.  Grappling and BJJ require huge amounts of long duration isometric strength endurance.  This mean pushing the lactic acid threshold (LAT) and building some serious mental toughness.  In this Diesel movement, we force the athlete to hold for as long as possible and to use visualization about an upcoming match to take them “out of the movement.”  This exercise is amazing for building the strength endurance of the entire body. 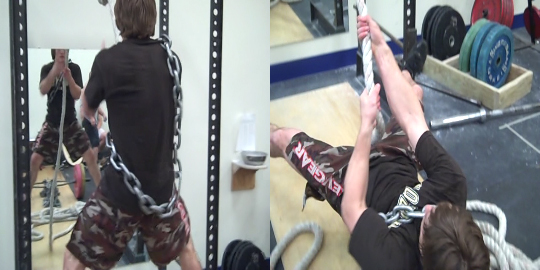 This is one of our high-level, “go-to” exercises for building insane levels of pulling strength.  Strength and power is driven through the hands and for combat athletes, it can make or break their ability to control their opponent.  In all actuality, the hands are the endpoint of the kinetic chain and all power is driven through the hands.  And if you can incorporate an exercise that uses both a thick rope and a chain, you’re doing some serious training. 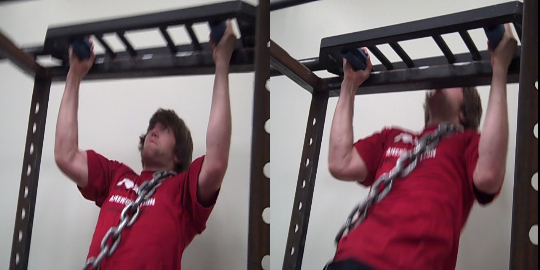 Another pulling exercise where we enhance the grip component.  Many trainers miss the grip aspect of training in the gym, for example moving to an alternated grip or straps for heavy deadlifts.  You should always be pushing grip training in your workout because it carries over to everything you do in and out of the gym. 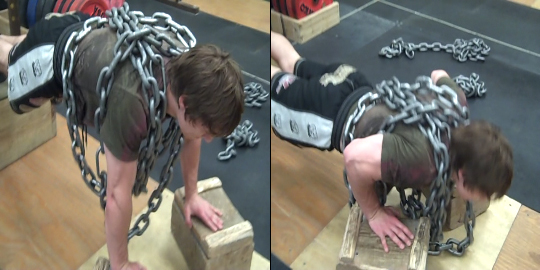 We do bench with our athletes, but we also have a huge focus on push-ups.  Push-ups are a more natural movement for the shoulders (and scapula) that develop the core as well.  Throwing chains on the athlete is a fast and simple way to overload push-ups, without further restricting them.  We like to use many different variations of push-ups, such as push-ups on the rings, staggered hand, beyond the range, on medicine balls and even against bands.  The idea is to just be creative with your push-ups.  Also, as a point of progression, don’t forget your handstands and handstand presses!

Integrating these exercises into your programming will help your fighters develop real-world strength, unbeatable grip, and the power they need to dominate.

How to Deadlift – Awesome Deadlift Technique – Improve Your Deadlift Form