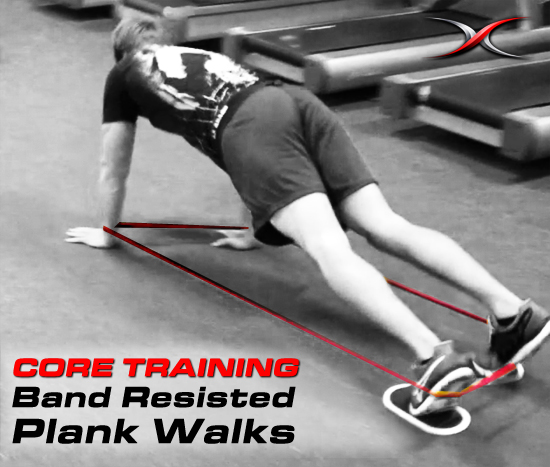 Core training doesn’t have to be boring. In fact, if you simply understand the core’s role in strength training and performance, you can get really creative with the exercises you choose.

The role of the core is to create stability, transfer forces, and protect the spine.  And when we have good posture, learn how to breathe deeper, and incorporate the right exercises, the muscles that surround the torso are able to do their job efficiently.

The Goal is Progression

Even the simplest core exercise – like planks – can teach your athletes important position and bracing lessons.   Are they able to brace and breathe and the same time?  Is there a straight line from their head to their heels, without a ‘sag’ in their lower back?

Getting them into this idea position isn’t as easy as you might think.  Lose of neutrality at the hips and and weak external obliques cause havoc for the position of their low back.  Constant cuing to create full body tension, ‘muscle raking’ techniques, and utilizing external positional reinforcing implements like a dowel rod – can all help them develop more proficiency.

After they master the fundamentals, at some point there must be progression.

There are a few ways to advance planks to increase the intensity and build more core strength and stability.  Here is a simple list that increases in difficulty.

Level 4: Long lever planks – elbows are moving out in front of the shoulders and then a maximal full body contraction is created as in an RKC plank

Level 5: Hand walking planks – feet are placed on furniture sliders and the athlete hand walks forward and backward while trying to keep the hips still and their body in a straight line

In this article, we show the Level 6 plank variation.

The band adds a whole new level of intensity and control to the movement.  The athlete is constantly fighting to stay neutral and control their body position because the band is always ‘on’ trying to fold them in half.  Also, the massive upper body engagement blows out the shoulders and forces the athlete to focus only the movement.  Breathing is also labored and must be coordinated with isometric bracing of the entire body.  Finally, plank walks not only develop core strength (anti-extension stability) but core strength endurance.

Try it out and let me know in the comments what you think of the exercise. 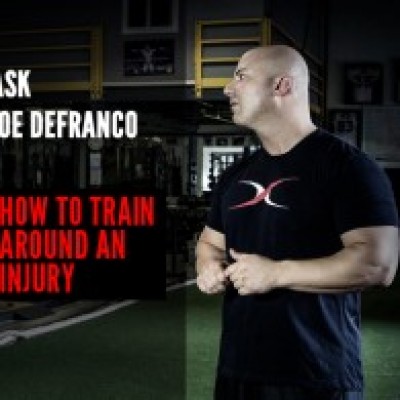 How to Train Around an Injury 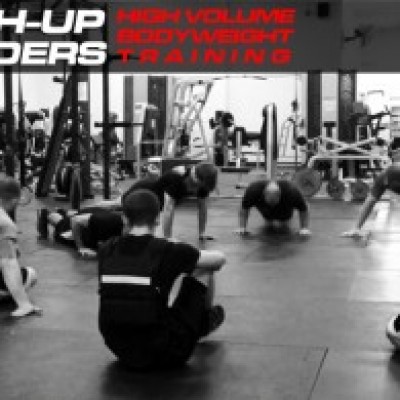