How to Squat the Right Way – Part 1

How to Squat the Right Way – Part 1

In a previous article series, I talked about how to squat the right way without getting injured. I am going to revisit this series to see what has changed in my coaching over the years and how I currently teach my athletes how to squat.

In a previous post (HERE), I talked about the importance of elbow position when squatting with a barbell.

Here is the original video:

In the video, I talked about the importance of getting tension on the lats and ‘setting the entire upper back’ in order to create a foundation for the barbell to sit on when you squat. I also discussed the coaching cue of driving the elbows to the ground in order to keep the head up and chest up when you’re in the hole. This prevents the dreaded ‘good morning squat’ scenario when the hips shoot up first when the athlete goes to drive up out of the hole.

All of these technique and coaching cues still remain the same, except for one specific population – younger clients and athletes.

Here is the problem.

They have no meat (muscle mass) on their upper back, so when you ask them to create a ‘shelf’ with their traps for the barbell to rest on, they can’t do it! This is a big problem. So to mimic a shelf, in the absence of any upper back muscle mass, they will push their elbows back. If this still allows them to sit back into the squat, open up their hips, keep good torso stability, then I say go for it. In addition, while this technique is not optimal, they are not working with heavy weights in this stage of their development. 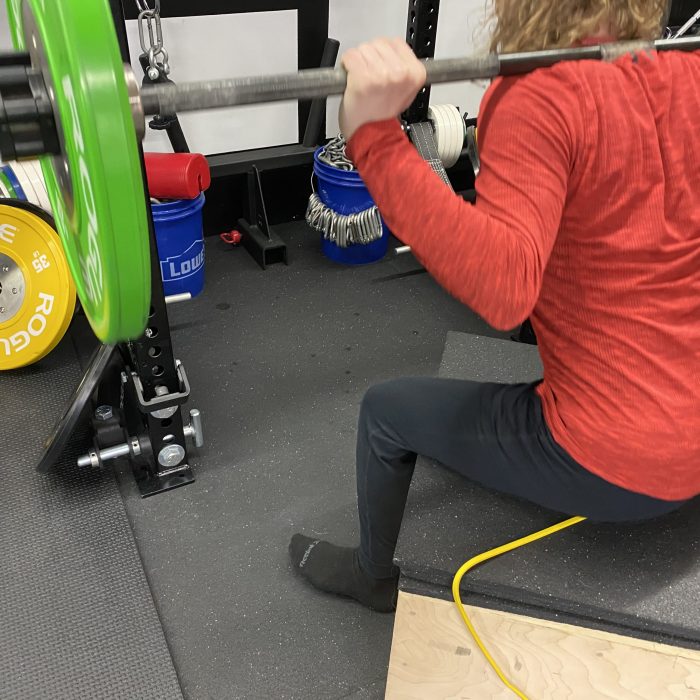 I seen this over and over through the years and young athlete can squat with a barbell and still not be able to drive their elbows down. Of course, this will change over time. Everyone’s squat pattern changes over time as their technique improves, they gain more muscle mass, and they get stronger. Over time, their elbow position will change as their body grows and their technique will evolve.

As a caveat, no athlete in my program is allowed to touch the barbell until they’ve ‘earned the right’ to do so through the systematic and progressive mastery of the fundamentals, such as bodyweight lunges, bodyweight squats, goblet squats, loaded hinging movements (with a neutral spine), and so on. If they have progressed to using a barbell and have demonstrated proficiency in the loaded movement, then barbell can slowly be added into their program. This is directly in line with the CPPS coaching philosophy of progression and mastering the basics of fundamental movement. 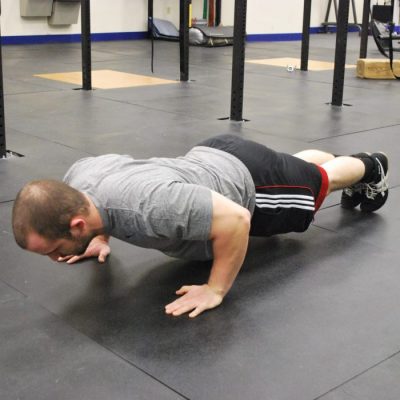