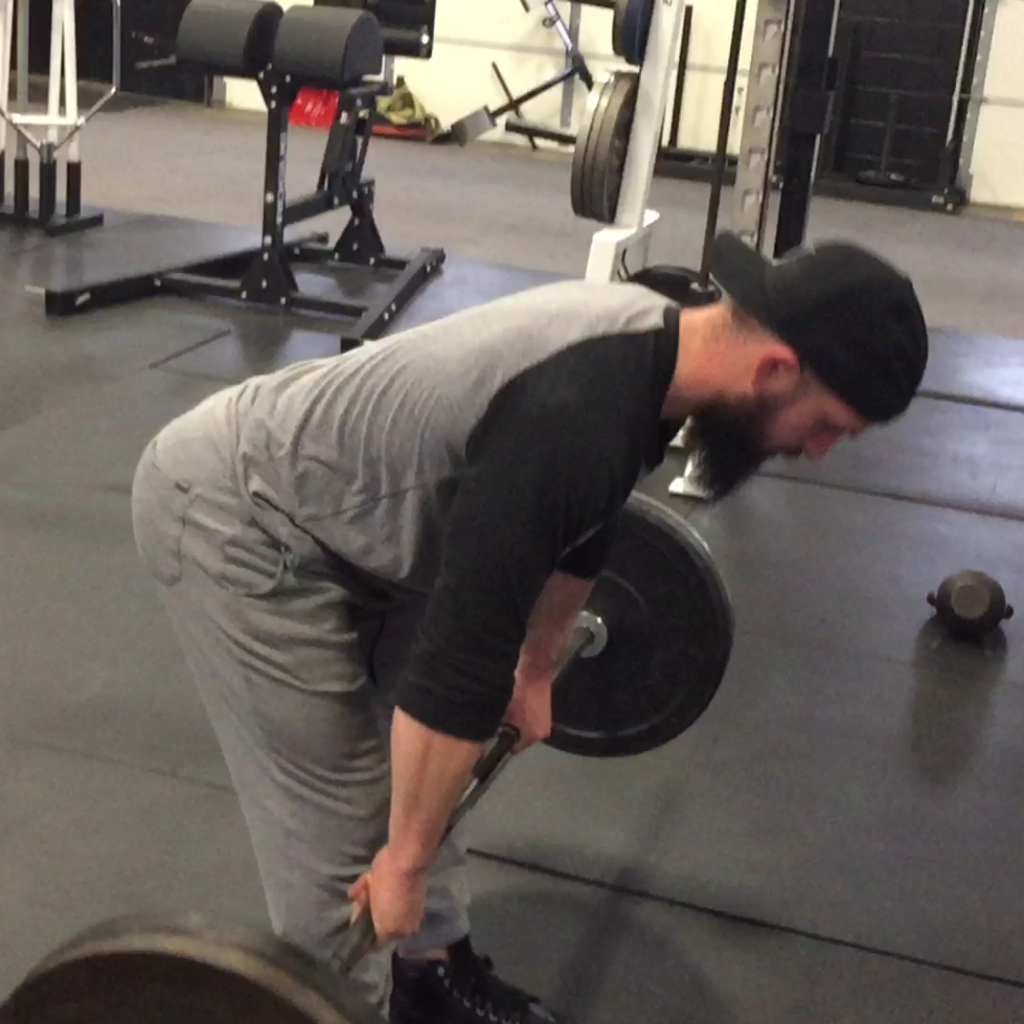 I’ve written many articles over the years about mastering the fundamental movement pattern – hinge (with neutral posture) – and I’ve found there are endless reasons new clients and athletes can’t seem to load into a hinging pattern correctly. So, in the following article, I will show you how to hip hinge and the steps you need to master the hip hinge.

This is part 2 in an instructional series on how to learn and develop the hip hinge. Part 1 can be found HERE

Now, let’s be clear. I always have a caveat of ‘neutral posture” or “neutral spine” when we talk about teaching the hinge because our ultimate goal is to load the pattern. When loaded, the spine should be kept neutral. But, it is just as critical to incorporate ‘unloaded’ global spinal flexion, extension, and lateral flexion into your better movement quality drills to maintain your potential movement reserve and aid in longevity.

So, with that being said, we are going to go through a few of the common issues we see with teaching the hinge in the next several posts to give you some things to lookout for when you are teaching a proper loaded hinge. In our tutorial example, we’ll use a Romanian deadlift or RDL. (Landmine RDL’s can be a powerful teaching tool as used as a regression for barbell RDL’s)

Some Key Technique Points to Notice

Cue #2: The hinge is initiated NOT by ‘bending over’ but by driving the hips backward while maintaining a slight bend in your knees.

Cue #3: The bar should maintain it’s close proximity to the athlete’s legs AT ALL TIMES because the athlete is actively pulling the bar (or other implement) into their body as the bar slides down the legs. This is done by maintaining tension in the lats and bracing appropriately (and with the right intensity) throughout each repetition. (Video HERE)

Cue #4: When performing heavy reps (greater than 70% + of 1RM), each repetition should be treated as it’s own set. This means 8 repetitions is actually treated as eight singles. Which also means that each rep has its own breathing, bracing, and tension strategies.

How to Fix Bad Technique

Instead of pushing their hips back and shifting the tension to their posterior chain, most athletes and lifters initiate the hinge with a knee bend. This is typically because it is a straight line of movement and the path of least resistance. It is hard trying to pull the bar into your legs and load the posterior chain, and initially, it just feels better (and familiar) to keep the tension on their quads!

The key to stronger athletic movements is to be able to strengthen (Step 1: Groove => Step 2: Strengthen => Step 3: Increase speed) the hinge with a posterior weight shift while the athlete braces their torso in preparation for a transference of ground reaction forces.

Whenever you’re teaching an athlete how to load back into a hinge (or they are performing any loaded movement), the athlete should always try to minimize the distance from the external load and their own center of mass (COM).

When performing an RDL, this can be accomplished by having the athlete actively pull the bar into their body (to further anchor this concept, band resistance can be added pulling the bar away from the athlete to facilitate an RNT response) and they shift their hips back. This keeps the bar close AND gets the lats on tension which is a critical piece of maintain rigidity in the torso (core stability) and maintaining position.

Simply look to the athlete’s lats and chest position and you will quickly see if they are accumulating tension or if there is a loss of strength potential as the weights increase.

When we say position at our CPPS certification, we’re talking about maintaining “neutral” or straight posture with the entire torso – or straight alignment of the head, spine, and pelvis. While perfect position is a myth, our goal is to drive toward staying as straight and as rigid as possible when the athlete is under load – and NOT lose this position as the weights increase.

The key is, once position is set with a brace, to maintain position through each and every repetition of each set. Many times, this means that each rep should be treated as a separate set.

For young athletes or clients who have lost the “connection” between their upper and lower bodies, teaching them how to brace is critical to not only keeping position during a lift but also keeping the spine safe.

Utilizing a simple elastic band can facilitate a more powerful brace after gaining position. The athlete will be cued to expand 3-dimensionally (or circumferentially) outward around his lower abdomen and hold this position as he moves through a loaded hinge. One of the worst things you can do is throw on a belt with younger athletes who have no idea how to engage their core in the first place. The elastic band is a powerful teaching tool and can act as a precursor to heavier loaded strength training means and using a belt in the future.

Hinge Mistake #4 | No Tension in the Hips

Losing tension in the hips is a critical flaw in the hinge technique that will absolute wreck you and your athletes. Remember, once you obtain neutral position and brace that position, the goal is to maintain this position throughout the entire duration of the repetition.

There are three ways to accumulate tension to help you keep position and the most forgotten one is at the hips. The get on the hips and accumulate tension – co-contraction or irradiation all of the muscles that surround and support movement at the hips – the athlete should imagine they are standing on a piece of paper.

And, as they load back into the hinge, they should try and rip the paper down the middle by actively pulling they feet apart and trying to externally rotate their whole foot outward (without any movement occurring) – while maintaining tripod foot or three points of contact with their big toe, little toe, and heel.

Remember, the intent to drive the feet outward and externally rotate is to engage more tension in the hips, no movement should occur to move the feet and they should remain flat and “connected” to the ground. Minimal footwear like socks or wrestling shoes can help this connection.

How to Strengthen the Hinge in a Workout 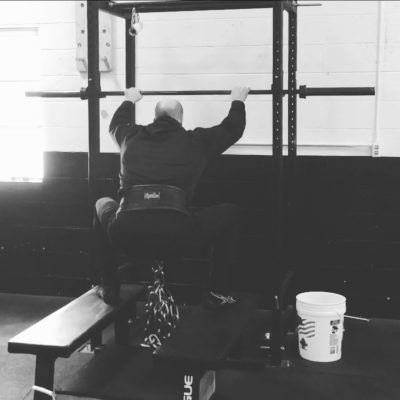 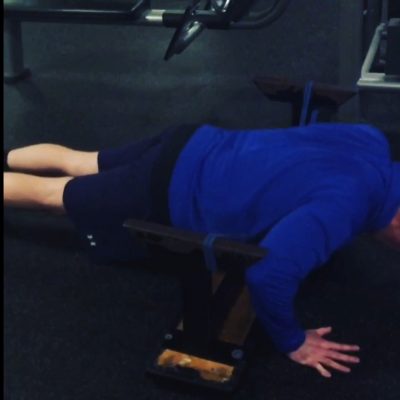