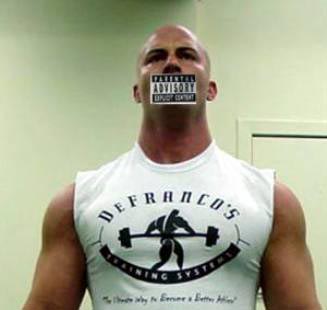 I just got back from a long weekend co-presenting at the AMPED / POWER Seminar Series and I wanted to share with you some pics I took at Defranco’s Gym.

As you know Joe D. and I formed a power team about 3 years ago and we have been collaborating ever since.  We’ve been on a roll starting with our AMPED Warm-up System, moving into the best-selling POWER DVD and now the latest hit, the EXTREME DVD.  Because AMPED and POWER were so successful, we decided to create a seminar developed around the two products.  As we hoped, the seminar turned out to be very popular with coaches, personal trainers, physical therapists and fitness enthusiasts.  So much so that every seminar has sold out in about 3-4 days after it was announced.

During the seminar weekend I got a chance to really start looking around Joe D.’s famous facility and I have to say, I got kind of scared.  I saw a few things that shook me up pretty bad.

You better take a look at these pics. 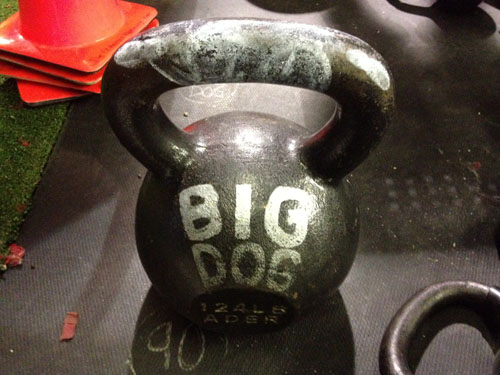 Joe’s biggest kettlebell at the gym, “the Big Dog”, is a beast weighing in at 124 lbs.  I figured this mass of cast iron was reserved for only the biggest athletes, but I was wrong.  There were some unassuming athletes who you would never think could use the Big Dog, throwing it around with ease.  I was really impressed with the strength levels of all of the athletes at the gym.

Whether you’re smashing a sledgehammer on the big tire or taking a p*ss in the bathroom, Chuck Norris is there.  I felt kind of intimidated with Chuck staring at me because it looked like his eyes were following me as I moved.  Creepy!  I think he winked at me when I was in the bathroom. 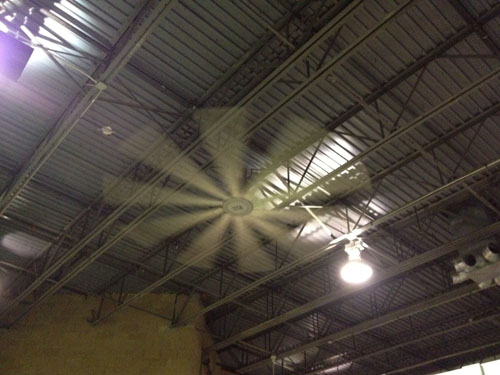 Everything at DeFranco’s is bigger, including their air circulating devices.  The B.A.F or Big Ass Fan looks like it can lift a house off the ground.  I actually overheard Joe D. wonder to himself if it would be possible to do pull-ups on it, while it was spinning.  I also think it adds drag when the athletes are doing 10 yard starts. 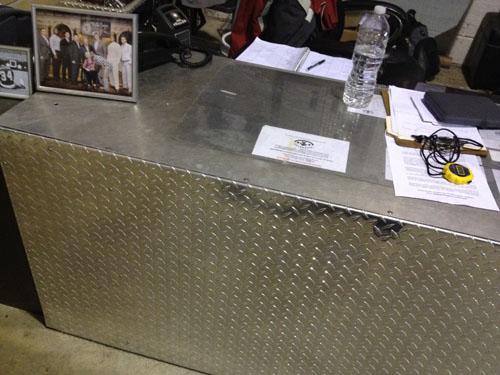 Joe’s desk isn’t the normal particle board with laminate desk you can get at Staples.  It is a diamond plate monster that looks like it can take Dorothy back to Kansas and shelter you from a rocket launcher.  It is stacked with stop watches, laptops, cell phones, keys and pints of tiger’s blood.

Perhaps the thing that is most likely to wake me up in the middle of the night in a cold sweat for the rest of my life has never been revealed to the public – until now.

Let me tell you the story.

I was warming up prior to the combine crew coming in and I felt like someone was watching me…judging me.  I looked up suddenly and saw a pair of eyes staring at me perched high above Joe’s elevated office. After I cleaned my shorts and started blinking real quick trying not to cry, I took a closer look.

It was a head.

I was just about to go out to the trunk of my car to get a shovel and a bag of lime, just in case Joe needed some help covering something up – but I first wanted confirmation.  Initially, I figured it was just the head of an athlete who missed a box jump or had talked back to Joe, but after closer inspection, it was a mannequin head.

I went over to Joe and asked him about it.

He simply said, “It scares the shit out of people.”

I nodded and slowly backed away.

Look really closely for it. 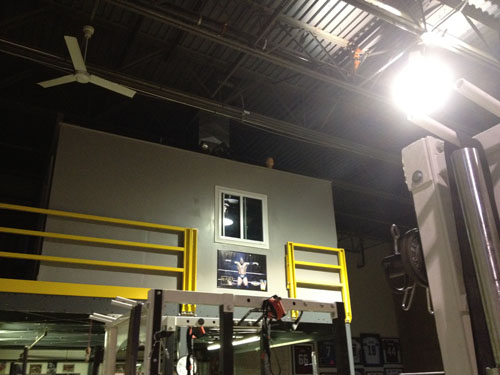 As a bonus, here are a few pics of the combine crews I helped out with.  You could immediately tell all of them were on another level. 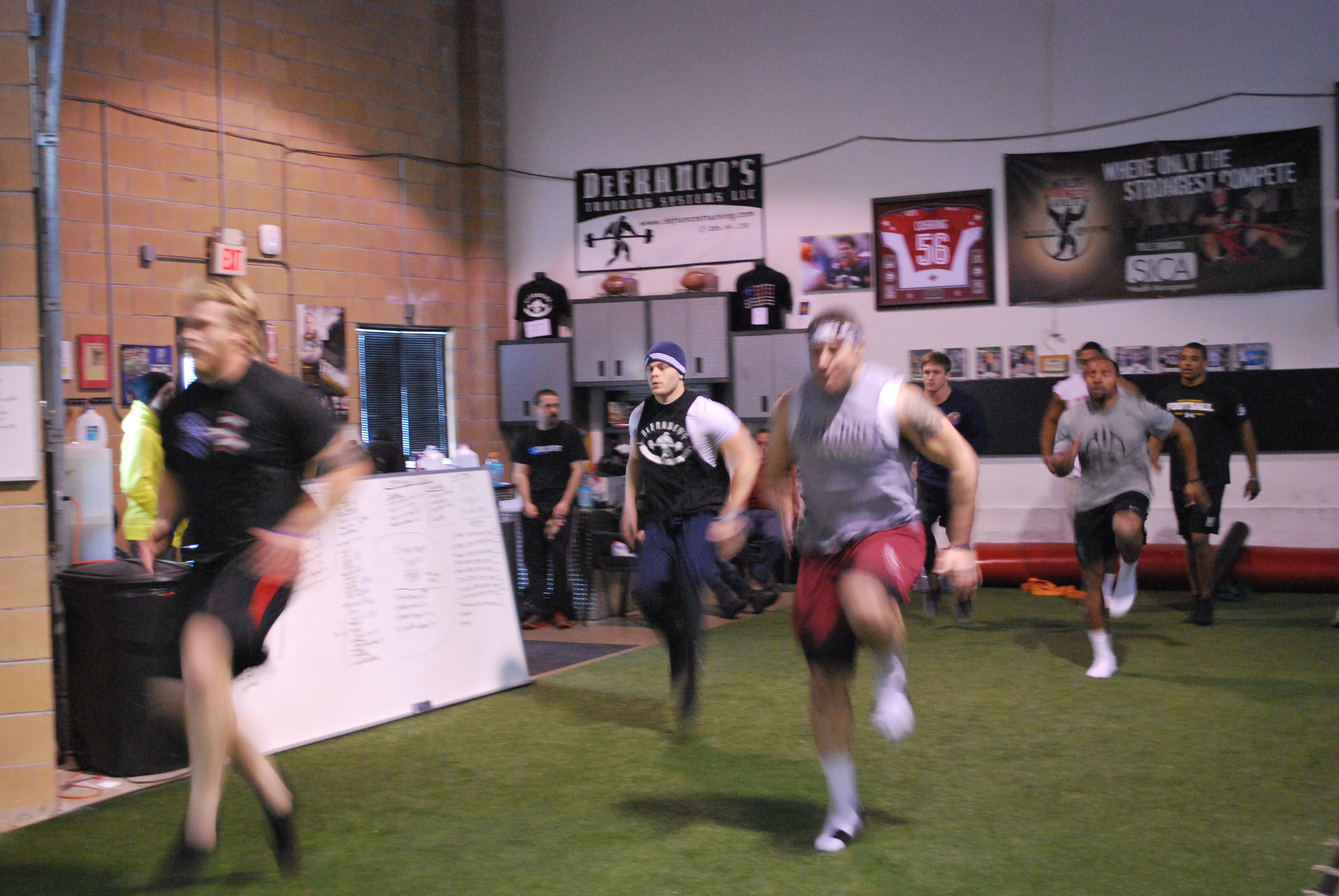 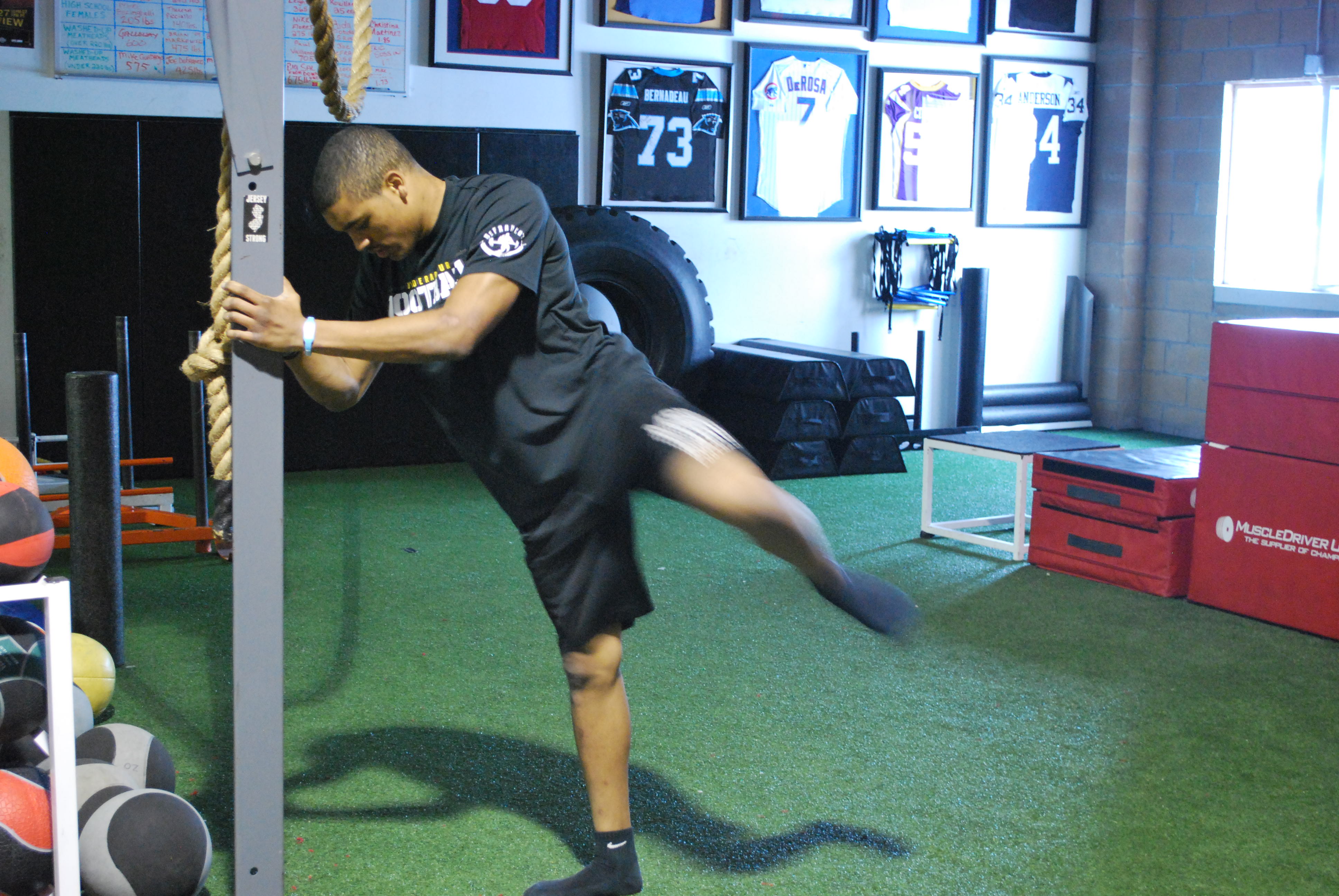 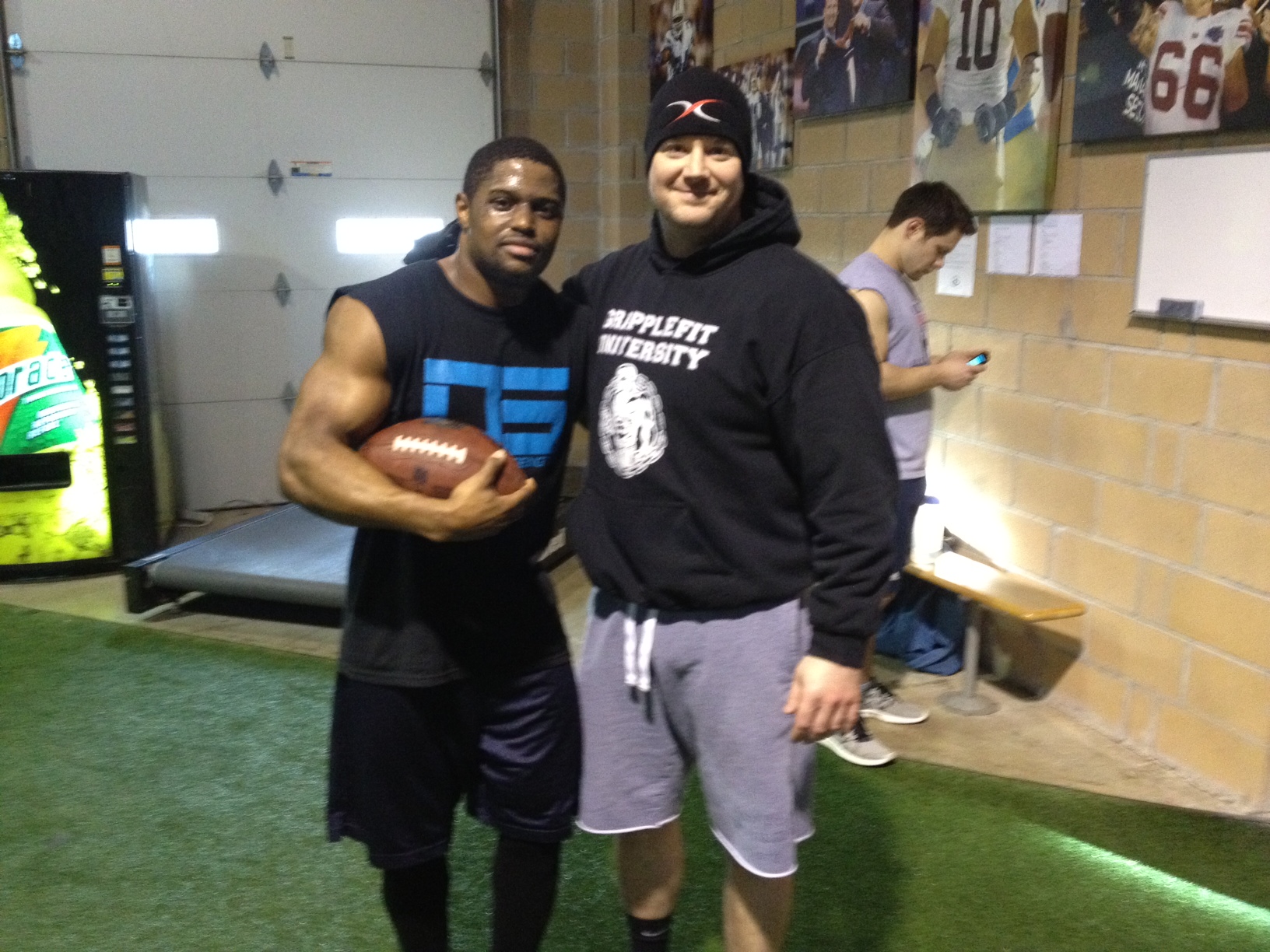 If you can’t make it to Defranco’s Gym, this should give you a little insight into what it is like to train there.  DeFranco’s is a powerhouse gym and I was really blown away with the level of talent in this year’s combine groups.  I had a chance to work with many of them and I was even more impressed with how cool they were.

Collaborating with Joe has been a highlight in my coaching career and I look forward to helping bring our training to more trainers across the world.