We’re really excited to announce that Wil has been brought on as our Director of Weightlifting for CPPSCoaches.com and will be running the first ever CWPS Certification in Bloomington, IL on August 3-4, 2013.

People like the bare minimum. Instinctively we want to know what’s the least we can do to get a result. Yes there are some that would say “if one ibuprofen is good, then 10 must be better” but those are the same people that end up with liver problems. It could be laziness, but it’s more than likely intelligence.

People get wrapped up in talking about the Russian system, the Chinese system, or the Bulgarian system, but it doesn’t have to be that complex. Try this simple program to make the Olympic lifts work for you. Do whatever else you’d like, but use these movements to improve your Olympic lifts.

Start here. Use combos to get used to the Olympic lifts. Combos ease the transition to the full lift.

For the clean use a power clean + front squat. Get used to pulling under the bar and catching at a lower height to move to the full clean.

For the snatch do a similar movement, power snatch + overhead squat. Start pulling under the bar and eliminating the pause before going into an overhead squat.

The Real Thing (or a variation)

To be effective at the Olympic lifts you have to use the real movement. Even if you have every intention of power cleaning for the rest of your life, take some time to get good at catching in the deep squat position.

Once you are comfortable at the real movement, choose a variation that is the right one for you, or your athletes. This means one that will get your athletes the greatest benefit, or yield the biggest returns for yourself.

For most field sport athletes: use the hang power clean
For sprinters in track: use the power clean
For tall athletes: Use a dead start on the blocks
For times where hypertrophy is needed: Use the full movement to grow some massive quads.

These technical details will then carry over to whatever variation you choose for your main movement. 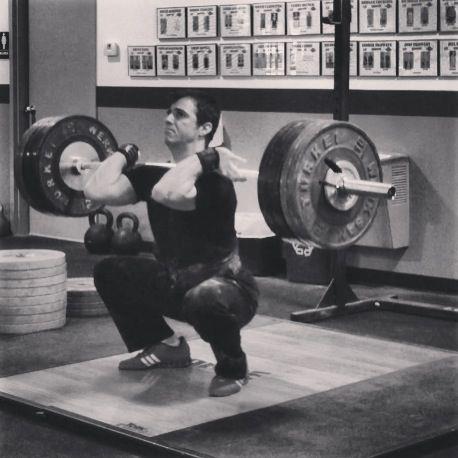 A wise man once said “squatting helps everything.” Since I am referring to this man as wise, lets go ahead and assume that I agree with him.

It’s true. If you want to be better at the Olympic lifts squatting is the life blood of champions.

The crazy thing is, even if you aren’t doing the full lifts (floor start, A2G catch), squatting still helps. One of my elite pole vaulter’s does the hang clean exclusively but she was missing all of her lifts at the receiving position. Slightly forward catch and dumping the weight anytime she got heavy.

The solution was simple she had to squat more. After adding 20k to her front squat, and with no technical changes to her clean, she made every clean she attempted.

Plenty of people argue against pulls as part of the training program. The typical objection is that they teach people to extend up too much rather than move under the bar (I am in favor of them, they are my plateau busters LINK).

Pulls shouldn’t make up all of your program, but including them periodically will go a long way to making your O lifts improve.

Remember the snatch grip deadlift and clean grip deadlift are pulls as well, just approach the lift like you are moving the bar from the ground for an O lift.

The minimum effective dose for Olympic lifting could look as simple as what is below.
Two movements per day.

This is designed to be something that you could do while also doing all the curls, bench press, and leg presses you want.

**Loading should be done with the greatest amount of weight that one can handle for each prescribed set.

***This program can be repeated, replacing the combos to start the training program with full movements or your chosen variation

Getting better with the Olympic lifts does not mean that one has to spend hours upon hours on the platform (becoming GREAT does). Rather, focused attention to the craft and the movements that assist the craft the most. 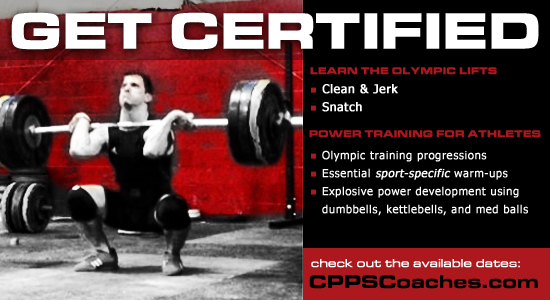 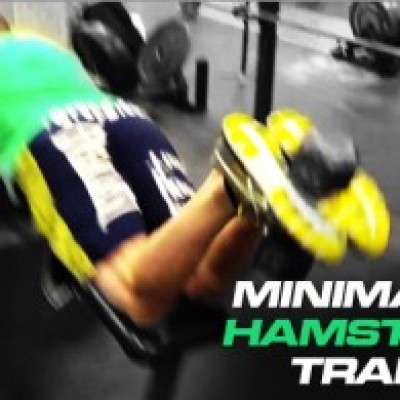 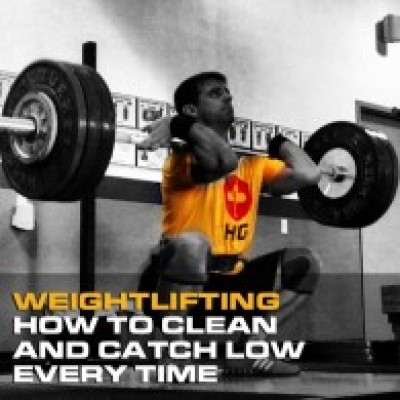